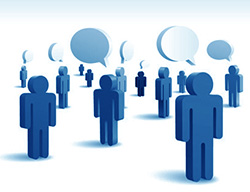 "I was suffering from lower back spasms due to a hectic work schedule and stress. I started taking lessons with Celio. After two lessons the back spasms were gone; after five lessons I felt more relaxed at work and at home than ever before; after ten lessons my friends swore that I seemed taller and in better shape. Beyond the physical improvements my time with Celio positively impacted how I viewed many things including public speaking, mental fatigue and how to approach learning. I wholeheartedly recommend both Celio and the technique."
— Benson, Lawyer

"I am fortunate to have found a teacher with a vast knowledge and acute attention to detail. My sessions with Celio were tailored to my specific needs allowing me to experience the benefits instantly."
— Mark

"When I first came to Alexander Technique, I suffered from intermittent, painful back spasms that no amount of yoga or swimming or chiropractic intervention would seem to help for very long. Clearly, something was amiss. Through guided lessons and self-practice, however, the benefits of Alexander Technique were immediate. Above all, I began to understand my back as part of a larger, more integrated system of aware posture and movement. Rather than seeing the various parts of me as potential hurdles to movement, it now feels like all of my body, breath and mind are on the same page working as one to propel me through life. I see myself more as a conduit of experience and sensation, fluid and constantly readjusting to the experiences I have and the stimulus I take in. Needless to say, this is a liberating, restorative and confidence-building experience. It's also accessible and easy. I've enjoyed Celio's classes very much. He is an enthusiastic, warm and empathetic teacher, excited by the possibilities of Alexander Technique and able to communicate that excitement to students. I highly recommend this work!"
— Sandrine

"When I was thirteen years old I started having terrible pain in my hands, arms, shoulders, and back. I loved playing piano and writing, and these were the things that caused me the most pain. It got to the point where even dialing phone numbers and opening doors hurt. The doctors took all sorts of tests: it wasn't carpal tunnel, it wasn't arthritis… They could find nothing wrong. Not only did my arms hurt, but my fingers were always freezing cold. We tried a lot of things –rest, massage, ice, etc. – and they helped momentarily, but ultimately the pain always came back when I used my arms. When I was fifteen we heard about the Alexander Technique and I decided to try it out. The results were miraculous: only a few minutes into each session and my fingers turned from ice cold to warm. I continued sessions, and began to feel better all around – I could write without being so tense, I was more comfortable in general, I started playing piano a little and my hands didn't hurt or shake so much. And whenever my hands got cold, my shoulder hurt, etc. I used what I learned from The Alexander Technique to mentally adjust how I carried myself, and my body would release the extra tension I was carrying. I'm sixteen now, back to playing piano regularly and writing more than ever. I still take lessons in the Alexander Technique so I can maintain what I've learned, and I've integrated it with an injury-free technique for playing piano. I don't know what I would have done without the Alexander Technique, and I'm so thankful to Celio and Tanya, my Alexander teachers, and to God for leading me through my struggles to them."
— Linnea, College Student and Musician

"Celio is a gem! . His caring and enthusiastic approach reveals an expertise in the Alexander Technique supported by a genuine concern for each of his clients. His instruction is clear and straightforward with a humility that invites his students take an active part in the process without fear of "being wrong." We were introduced to the Alexander Technique at a summer music institute in Canada when my daughter was having difficulty recovering from a severe injury which prevented her from playing the piano, among other things. The technique was so useful that when we returned home to Los Angeles, we began the search for a local teacher. We found Celio online and my 15-year-old daughter's initial hesitation about having a male teacher (she had worked with a young woman in Canada) evaporated at her first appointment with Celio. He was kind, respectful, and listened carefully to each of her concerns, tailoring his work to her individual needs. I began work with Celio a few weeks later, having had ongoing problems from a back injury of over twenty years ago. The happy ending--my daughter is playing the piano and accomplishing all of her other activities without pain. Her intrinsic joy, energy and enthusiasm have returned! And I, at over fifty years of age, am more mobile than I have been since my mid-twenties. Thank you, and blessings to Celio. It's really not an ending at all. We look forward to our continued association with Celio."
— Susan, Musician

"Last fall I was having difficulty recovering from a painful compression fracture in my T9 vertebrae. Traditional physical therapy was too harsh and made the already unbearable pain worse. When a friend suggested the gentle touch of the Alexander Technique, I sensed that there could be something in it for me. However, being a lady of a "certain age," I still had doubts about what, if anything, would help. I did some research on the Technique and soon booked a series of three appointments with Celio. What good fortune that turned out to be! Celio's very personable manner put me at ease immediately. Better yet, he was wholly attentive and sensitive to my individual needs and concerns so that I felt appropriately seen and understood. His thorough knowledge of the Alexander Technique and keen observation skills along with his most gentle touch converged to teach me a more natural and comfortable way of being in my body. At first, this seemed like a new discovery to me, but it soon became clear that it's the way that nature designed our bodies to work efficiently and comfortably. I became more and more aware of the rapid-fire, task-oriented orders (which had become habits) that I had imposed on my body. Each time I saw this, it then took only a second or two to inhibit the old way of moving, release stored-up tension and allow my mind to direct my body in ways that felt so much better. Soon after I began work with Celio, I was able to stand and walk straight without pain, sleep on my back again and squat to the floor with no assistance. I also learned the benefit of a practice called Active Rest and will be forever grateful for that. The Alexander Technique is not something that you have to struggle to "do right," nor is it something that requires "X" amount of repetitions daily. Celio is very clear and supportive in his stance that there is no right or wrong while one learns the Technique, and that awareness of one's practices will, for most people, ultimately lead to the ability to move with greater comfort. To me it's been about slowing down (which, oddly, in the end means accomplishing more with greater ease), becoming aware of my movements and then mentally re-directing and allowing my body mind's natural healing intelligence to take over. I very highly recommend the Alexander Technique and Certified Practitioner Celio da Silveira as your teacher. Both were a real find for me!"
— Teri, Psychotherapist